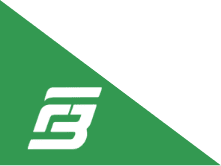 Be a part of the story of a coalition of neighbors who came together to save their community center without concern for race, gender, religious affiliation, or political ideology.

The Clearwater Martin Luther King, Jr. Community Center gallantly served Northern Pinellas County for over forty years by benefiting all ages of the community with a wide variety of programs including job placement and training, after school programs, counseling, computer training, literacy courses, summer programs for youth, and tutorial programs for all ages. In 2011, the Center was closed due to economic downturn. Closing the center was not acceptable to North Greenwood residents and a group of caring, concerned local citizenry came together and formed the Clearwater Martin Luther King Jr. Neighborhood Center Coalition. During the past year, the Coalition membership has expanded greatly and has inspired the engagement of many talented volunteers who are determined to build upon the successes of the hard working coalition members in achieving the goal of restoring the Center as a beacon of hope in our community.

It is important to have a complete picture of why the Center is so vital to the North Greenwood neighborhood and the surrounding community. While statistics do not offer the real world examples of the volunteers who are determined to work hard to turn around their neighborhood and numbers can’t effectively describe the hope that we all see in the eyes of the children who ride their bicycles down the street to watch the work that is being done on their neighborhood center, they are a shocking realization of a neighborhood in need of people with a heart for service, a determination to make things happen, and the means to provide the resources that will have a part in impacting generations of families through a strong community center.

A 2012 Clearwater Neighborhood Revitalization Plan, which targeted the North Greenwood area, found; 21.4% of North Greenwood residents 25 and older had no high school diploma, double the rate of the rest of the City of Clearwater; households receiving Public Assistance were 10.1% compared to 2.9% for City of Clearwater; 14.6% of households in the area receive Supplemental Security Income and the childhood poverty rate is 40.5% compared to 18.8% for City of Clearwater. In 2010, The Schott Foundation for Public Education reported that Pinellas County graduated just 21 percent of African-American male students who had enrolled. The 2010 Census reported that the number of youths in North Greenwood who receive food stamps are the highest in Pinellas County, the population of North Greenwood residents living at or below the Federal Poverty Level is 25% and the unemployment rate in the neighborhood is 11.9%. The Juvenile Welfare Board has reported that North Greenwood has the highest juvenile crime rate in the City of Clearwater. Using the Center and its programs to specifically target these problems, the coalition intends to reverse these dismal statistics and bring a renaissance to our neighborhood.

Now, more than ever, it is vital to offer living examples of the teachings of Dr. Martin Luther King, Jr. The Coalition is preparing for our grand re-opening in January of 2015, and plans to offer similar programming along with an arts & music program, a sustainable community garden, a focus on civil rights restoration, building a youth leadership council to engage with their elected representatives and many more educational opportunities to encourage entrepreneurs with the skills to be successful local business owners.

Please know how much your decision to support our efforts will mean to the community as a whole and that it will be greatly appreciated by the members of the Coalition. We look forward to your partnership with the efforts of the Clearwater Martin Luther King Jr. Neighborhood Center Coalition in our goal of providing services to our community for generations to come. The Walk For Freedom will be a monument to the teachings of Dr. Martin Luther King, Jr. and will serve as an inspiration for all who walk through the doors of the Clearwater MLK Jr Neighborhood Center.

Please direct questions to Karena Bowers Morrison at 727-518-4659 or savethemlkcenter@hotmail.com.